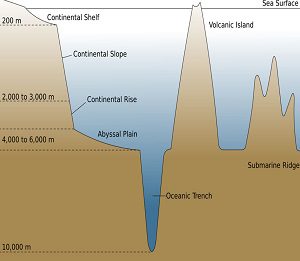 There was a time when the use of a fish finder or it was more commonly known as Sonar, was just limited to finding the depth, but now the technology has evolved so much that we can not only find the depth, the type of structure but the fish and their types can also be found.

There are many types of fish finders, and all of them work on the same principles. The fish finder can give you a lot of information if you know what to search for and how to search for it.

In this article, we will discuss the use of fish finders to find structures.

How To Use Fish Finder To Find Structure?

Finding the structures beneath the water’s surface is a crucial tool in lake and river fishing. Experienced anglers understand the value of the system that is beneath the surface. It can be vegetation, sand, or just hard rock, but it is essential to know, especially fishing for some specific kind of fish.

Some fishes live in the sandy structures, while some live on the muddy or rocky bottom. Based on this information, the chances of the catch also increase. Combining the structure data with the time of the day and the year can help put the bait exactly where your target fish is swimming.

How Does The Process Work?

Modern fish finders work by sending a powerful sound signal, and when they strike some object, the waves bounce back and are detected by the receiver. The receiver interprets the signal strength and the time delay to determine the distance and the object type.

The fish finder display usually has three colors: red, yellow, and green. Like the heating, the red color is used to show the most robust signal response, the yellow color is used as the interpretation of the moderate signal, while the green signal is used to indicate the weak signal.

Interpretation Of The Sonar Signal

By this explanation of the color, the screen’s display can be used to determine the bottom structure; the 2D color Sonar is the commonly used fish finder. Still, you can also use monochromatic fish finders.

The hard rock can be easily identified using the 2D Sonar and the monochromatic Sonar. The hard rock reflects the strongest signal to the receiver so that you can see the defined red line of distinct pattern and size. The side and down monochromatic imaging sonar can be seen as the narrow contrast line that is almost parallel.

The soft mud bottom structure also has a similar pattern as the brutal rock response. The only difference is the color of the line. The muddy bottom does not reflect the complete signal, so the signal strength is not too great. As a result, you will see a yellowish red line with a distinct pattern. The monochromatic Sonar also generates a similar signal, but the contrast is less.

The vegetation and aquatic grass absorb some of the signals while most of them bounce from the upper part of the grass, while some reflect from the bottom. The response generated on the screen is distorted, with a yellow line of a strange pattern forming on top of the green and red design. This is the general interpretation of the aquatic grass, but based on its type, the way can differ. On the monochromatic fish finder, it is displayed as the vast array of repeating white and black patterns of undefined structure.

The pattern of the reef, shipwreck, or any other artificial object sunk in water is not too different. It is shown as a red or yellowish structure on the sonar screen. The size and the shape of the distorted figure can vary, but it is mainly the conic or the half-circle.

Finding the structures beneath the surface can be easy and fun when you know what the display screen means when it shows an array of different colors and patterns. The design of the bottom is not only crucial for navigation and mapping, but it is also essential in determining the tendency and chances of finding the fish. 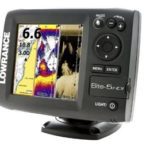 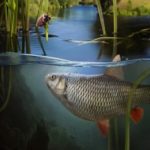 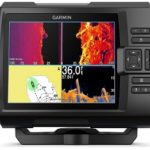 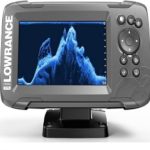