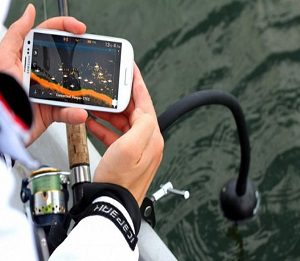 Using the fish finder seems like a nice option to catch more and more fish under optimized time. There is no sitting and waiting anymore with the fish finder, thankfully!

But there comes some standardized protocols to follow even though you know where the fish is pivoting around. Just take the advantage of technology but what you have to hunt is the alive species that can woo away if you repeat the common blunders

You cannot directly cast the line right on the fish, so where to cast when using a fish finder?

It goes hand in hand; with the use of a fish finder, and casting effectively to make every cast bear the fruits (fish, of course!)

Where to Cast When Using a Fish Finder?

At first, you need a castable fish finder that helps to locate the school of fish (fish congregating together) or a single fish while analyzing the depth, rocks, coral reef, and other objects found underwater.

The typical fish finders have sonar technology which simply draws red heated pictures of the fish.

And we believe you should have two separate fishing rods for effective fishing. One that is tied with the fish finder, and another one to use for actual fishing.

Although, that could be an extra expense on top of your pocket that is worth having two fishing rods for peace of mind. Make sure to get an inexpensive fishing rod for the purpose.

Now where to cast the line still goes unanswered, nope? So, when you have the fish detected on the fish finder, observe their movement.

If it is a school of fish or a single fish, observe the movement for a while. See if the fish is moving on the right side, cast the line to the further right, and a couple of meters away from where the fish was located because the fish cannot see what’s right upon the head. Its viewing ability can get it to view in the angle’s position, let’s say at 90° and your lure comes into its detection at the point of 45°.

Seeing only a single fish on the fishfinder screen, that is merely a work of luck to hook it up because when you get the fish finder out, integrate the lure, fishing rig along with all other components, and then cast it again; the fish will probably be gone by the time.

Remember that using the fish finder and what features it brings to you helps you experience good catches.

If you can read it quite well, and know the fish’s coming and exiting as detected through the transducer, then you are in pure luck to count every cast a success.

Wherever the fish is moving towards, you know where to cast when using a fish finder; just a couple of meters ahead, and that is it! 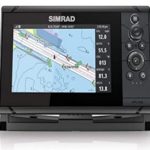 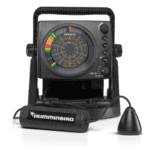 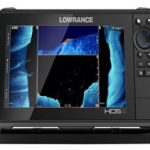 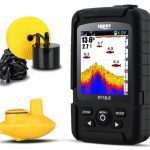