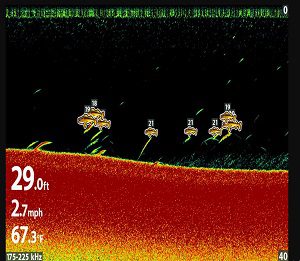 What do fish look like on a Humminbird fish finder is totally dependent on the sonar technology you are using, and they surely appear extremely different on all three sonar techniques.

The fundamental of using a fish finder, you cannot go without knowing how the fish look and not misinterpret and misjudge it which can ultimately cost you time, and effort, and hit you with a headache.

What Do Fish Look Like on a Humminbird Fish Finder

Per every sonar type hooked up on the variety of Humminbird fish finders, the fish would look utterly different.

The old 2D sonar technology was worth the use, and some experienced anglers still prefer to use it.

And the fish on 2D sonar looks like arches. Depending on how your boat is moving and other different factors, you can see the fish in blobs or lines instead of the arches.

But the problem with 2D sonar is not just it will always form the arches for fish, the other sea-hidden objects can create the arch-form making it difficult to hunch whether it is a live fish or an object within the water.

So, differentiate it on your own!

How Fish Looks on a Humminbird Fish Finder with Down Imaging

Down Imaging sonar is the true blessing, an upgraded version of 2D sonar technology, that yields a better result where you can easily distinguish the fish.

When you have the bright spots (larger and smaller), they are the fish varying in size.

The fish on the Humminbird fish finders bearing side imaging sonar also looks like the bright spot, but that makes it also confirmed if that spot is really a fish.

With side imaging sonar, the fish throws the shadow on either side making it easy for you to take it as a confirmed fish.

That is an absolute convenience to fish without moving the boat and your fish finder does sweep the whole seabed for you! Remarkable, isn’t it?

The Humminbird fish finders having Mega 360 Imaging sonar technology does it pretty well at it, scanning the whole of the sea in 360-degree view up to the length of 125 feet, that means 125-feet of seabed scanned in 360-degrees will literally make you lower your anchor and keep up with the fishing.

The Mega Live Imaging to detect the fish movement in real-time is the perfect solution for the anglers who want to bring a twist to their fishing experience.

Fish seems to be moving in with the bright sizzling spots whether you switch the Mega Live Imaging to its three dedicated positions which include Down Mode, Forward Mode, and Landscape Mode.

Humminbird is the top-notch brand that knows what the anglers, of any level, require to make the most out of their fishing trips.

And it has taken the technology far greater than the traditional scales that most of the other brands are still following in this modern age.

So, all of the devices thankfully do the same one purpose with all their greatness, to ease down the challenges to find fish with added convenience.

With everything being said, what do fish look like on a Humminbird fish finder despite the variety of sonar technology installed. And different sonar means different fish displays which you now better understand how it looks.

Get a Humminbird fish finder and make your fishing life easy! 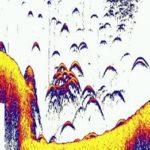 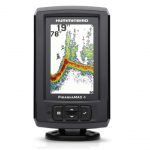 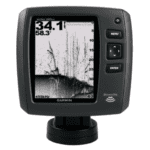 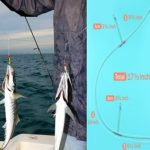