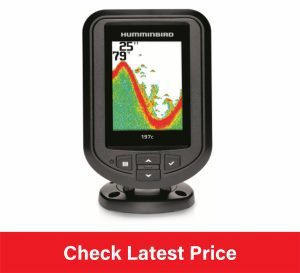 Just like there’s a special charm to quaint places especially villages, there’s an equal appeal to devices with no-frills design and simple mechanism.

This straightforward structure and use is more appreciated in fish finders as it eliminates all the “extra” factors from the game – extra money, extra time setting up the device and extra patience.

Humminbird Piranhamax 197c gives you just that at an affordable price.

The unit is compact in size with basic sonar functions and a small but clear display. But isn’t that what you want?

A simple, hassle-free fish tracker that will help you accurately identify fish so that you can promptly get to the action and capture it.

Its compactness will prove beneficial when you plan to scout for an object of your interest on a small boat or kayak.

Purchase it if your budget and needs both ask for you to go for a portable and economical fish finder. The fact that it’s one of the best portable fish finders is just like an extra cheese topping.

What Makes Humminbird Piranhamax 197c Stand Out From the Crowd?

Humminbird Piranhamax 197c is not like the typical basic fish finder because it boasts of accurate fish detection, courtesy of powerful dual beam sonar frequencies. Moreover, its multiple adjustments and rugged structure make it a viable option both for offshore and inland fishing.

Humminbird Piranhamax 197c is like a blessing in disguise for on-budget anglers and beginners due to its low price and immaculate record for capturing fish.

It’s a straightforward fish finder with a compact structure and dual beam sonar. But, there’s nothing ordinary about the power it’s hiding within the transducer supporting dual beam sonar frequency, 200/455kHz.

It can dive hundreds of feet beneath the water surface to track down fish. The display with its 3.5” colored screen might put you off but you’ll have to give it a second to impress you with its hidden tricks

.The device is waterproof and comes with a backlight format to ensure your visibility and device’s performance is not compromised in any situation, be it under direct sunlight, nighttime darkness, heavy rain, accidental water splash or complete submersion in water.

Furthermore, you’ve got the option to use a zoom setting to focus on a piece of particular sonar information.

Since it’s compact in design that’s why it seems an ideal choice for small watercraft and kayaks. However, you should know that it is just a fish finder thereby doesn’t come with GPS, charts, and maps.

But at this price expecting it to come with such bells and whistles will be stretching it too far.

In conclusion, buy it if that’s what you wanted all along: A no-frills, straightforward fish finder.

Piranhamax 197c employs a dual beam 2D sonar supporting 200/455kHz frequencies. You can switch to either of the two beams depending on the nature of the territory to garner the best possible sonar returns.

Feel free to challenge any opponent to a duel, whether a gilled target or a fellow fisherman and be confident that you’re going to ace the game because its sonar is capable of tracking targets as deep as 600ft below, an impressive range for such a small device.

Its 3.5” screen is an apt illustration of how less becomes more. The small size of the display might not seem its biggest asset but you’ll realize otherwise after witnessing the clarity of image it portrays.

The backlit coloured display will enable you to have a sharp and clear visuals of sonar returns regardless of the time of the day you’re fishing at.

Besides, it also has a zoom in feature to help you get a clearer picture of a specific sonar data.

To top it all, the device is waterproof thereby lending you assurance that it will survive an accidental water splash, dunk in water or rainfall.

Although it’s an entry-level fish finder yet it is not bereft of standard sonar features like Fish ID, depth and water temperature sensor.

The respected alarm will ding to let you know in advance what you need to prepare for.

Some Other Humminbird Models:

Why Should You Spend Money on Humminbird Piranhamax 197c?

It’s worth your time and money because it is hands down the best entry-level fish finder that ensures you have a fulfilling fishing trip every time you step into the water.

Besides, its no-frills design and economical price is a blessing in disguise for beginners and owners of kayaks or small boats.

Humminbird Piranhamax 197c is a budgeted model yet it’s nothing like the stereotype low price fish finders. The unit lacks fancy features but it makes up for the bland design with its unerring fish tracking ability. This is why it has been considered as a sweetheart of a vast majority of avid anglers, occasional fishermen and beginners. All in all, buy it if all you want is a basic fish finder with a reputation to never mislead you when it comes to detecting the finned target – no matter how deeply it has lodged itself in water. 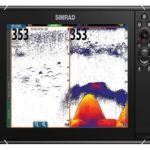 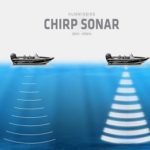 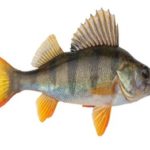 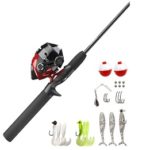 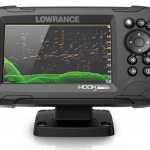