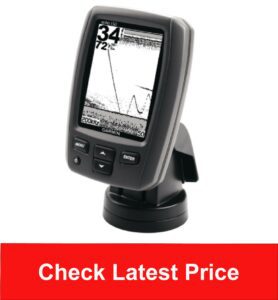 Money or Fish? This is quite an epic example of getting caught between the devil and the deep blue sea.

Professionals can squander a sizeable amount of money on deluxe models, but it is an entirely different game when you’re a beginner or an occasional angler with a limited budget.

If you’ve heard the name Garmin, you will know that it has a vast collection of bargained models that will give you everything to gain an edge without robbing you of the essential features.

We have dedicated this review to their famous budget-friendly model named “Garmin Echo 150.”

The small and portable device has a high-power dual-beam sonar and on-point target tracking technology, making it the right match for kayak fishing.

So, if you’re someone who recently got introduced to the fishing club or a curious angler wanting to know the hype of using a fish finder, Echo 150 is the best way to start.

What Makes Garmin Echo 150 Better than Others?

Echo 150 is quite powerful for a cheap and small unit. The reason is its exceptional power that allows dual-beam sonar to travel deeper for collecting accurate information about fish, bottom structure, weeds, rocks etc., both in freshwater and shallower sections of saltwater.

When it says “Garmin”, trust that you will be getting a masterpiece even if it’s a bargained piece like Echo 150. The unit has a straightforward design and an affordable price, making it a match made in heaven for amateurs and hobby fishermen.

With its compact physique and a hassle-free setup and use, it will prove to be a pleasant company for those who enjoy fishing from small vessels, such as canoes, kayaks and Jon boats.

The small size is just a facade; in reality, it is a force to reckon with.

The 200 RMS power with the support of dual-beam sonar can execute an examination up to 1300ft depth in freshwater to garner a considerable amount of information fish, weeds, rocks and other things dwelling under the water surface, giving you a perfect opportunity to make an educated guess and go for the knockout punch without delay.

It isn’t going to help you view the deepest parts of oceans – oh, no Mariana Trench for you – but the depth capacity of 500ft in saltwater is quite admirable for a bargained model like this.

Besides, the HD-ID technology clearly defines every object, including fish and structure – relieving you of playing guessing games.

I wouldn’t say you could take part in a jet skiing race, but the Ultrascroll technology will keep the fish targets sharp and clean while your vessel is moving faster.

Speaking of admirable, the 4-inch diagonal display is good, if you don’t mind the black & white imagery. The decent number of pixels (160×265) don’t promise cinematic-like razor-sharp pictures. However, the images revealed are clear and easily comprehensible.

All in all, buy it if you’re a beginner or someone who wants a decently powered, no-frills fish finder to gain an edge while on the water.

I took Echo 150 to a nearby lake and…let’s just say, I had a grilled fish for supper that day.

A couple of weeks ago, I fixed it on a canoe and rowed towards the shallower parts of a saltwater body and Bingo! We had another grilled-fish session that weekend.

I attribute the success of both trips to its 200W RMS potential that shoots dual-beam sonar (77/200kHz) so fast and so far that within minutes you get a clear idea of what’s lying beneath the surface as deep as 1300ft in freshwater and 500ft in saltwater.

It lacks the magic of Chirp and DownVu, but I highly doubt you’ll miss it because you will still have accurate and distinguishing readings to work with, courtesy of HD-ID technology and astounding target separation.

Even when your boat is moving at a considerable speed, Ultrascroll will keep the fish target from getting distorted.

This part is a bit trickier. Greyscale display lacking colours can be both a deal-breaker and a motivator, depending on your demand.

If clear imagery and easy readability are all you care about, then the 4-inch diagonal screen with a decent resolution (160×265) will goad you to buy it.

However, you will have to look somewhere else if you’re after photographic-like fascinating colours and bright pictures.

Get it Now on Amazon

Why Should You Purchase Garmin Echo 150?

Garmin Echo 150 has kept things small and simple to make it welcoming for both budget-sensitive individuals and those who are planning to join the fishing club.

Moreover, the unit employs high-accuracy dual-beam sonar along with remarkable target tracking technology to offer unerring information about fish, structure, rocks, weeds etc. Plus, the installation process and use are so simple that even a newbie will start running in a jiffy.

Garmin Echo 150, with its no-frills design, doesn’t hold much appeal for professionals. But, the space-efficient, compact structure and almost zero-learning curve make it an approachable model for novice and on-budget anglers. People who love to plan occasional fishing getaways will love it for its accuracy and great value. In the end, it is a great option for anyone who wants a laid-back but powerful fish finder.

Alternative of Garmin Echo 150 to Buy 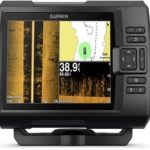 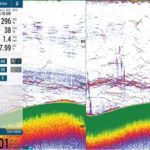